The budget also calls for initial funding of a compensation and classification plan for the Public Safety Department that would establish longevity and other incentives for officers. A similar compensation plan will be extended to all City employees in the near future, but the effort will begin with Public Safety officers.

“Today the Council has approved a budget that, for the first time in decades, makes critical infrastructure needs and Public Safety top priorities for the City of Aiken,” said City Manager John Klimm. “Repairing and replacing aging water, sewer and storm water systems will pay dividends in the future and the men and women of our Department of Public Safety, who have sacrificed so much to serve us, richly deserve the reforms to their pay system.”

Fighting crime and the training and retention of high-quality officers are key initiatives in the budget document. The spending blueprint sets aside funding for a system that analyses real-time incident data and streamlines planning for increased patrols and other enforcement actions. Along with that high-tech measure to promote accountability for making real progress on curbing crime, there are plans underway to construct a Public Safety headquarters that replaces the undersized and dilapidated current facility.

The spending plan makes these new investments despite an overall reduction in the operations portion of the budget, down to $46.3 million from $46.4 million in FY 2017. The capital budget shows an increase of $17.9 million over prior budget year as it includes the funding required for the infrastructure improvement plan, which will be funded through state grants, state revolving fund loans and revenue bonds that borrow against future payments from customers of the system. No general tax dollars will be used to fund the upgrades.

Unrelated to law enforcement, the plan funds a 1.5 percent cost of living increase for all employees while increasing employee health insurance deductions by 10 percent. Even after the increase in the employee deductions, the City’s cost will increase by 10 percent overall for health insurance premiums. For the third year in a row, the City Council voted to put aside funding for a potential parking structure in Downtown Aiken. The $750,000 in hospitality tax proceeds committed in the FY 2018 budget brings the total available for such a project to $2 million.

There is no millage rate increase included in the budget, but new revenue to support the Public Safety improvements will come through a 15 percent increase in fire protection fees for residents outside the City, which have not risen since 2003. 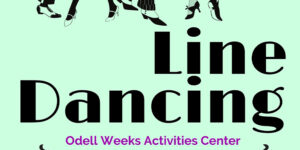 Learn country line dances and those taught to jazz, big band, and modern music in this moderately paced fitness class. Download Flyer
6:30 pm Design Review Board
Design Review Board
Dec 7 @ 6:30 pm
Residents can join or watch the meeting on YouTube | https://www.youtube.com/CityofAikenSC Residents are to send comments to DRBcomment@cityofaikensc.gov with name and address and state if they would like their remarks read into the record. The[...]
View Calendar