Public Safety Award Recipients:
PSO Missy Hook was recognized by the South Carolina Fire Academy with the Chief Robert Frick Award.  His award is given to the recruit with the highest grade point average.
PSO Ann Moseley was awarded the “Pride of the Batallion Award,” which is given to the recruit who has demonstrated leadership, integrity, determination, and good values.  This award is chosen by the instructor staff who worked with the recruits during the eight-week program.

The current status and anticipated timeline for successful completion of the project can be summarized as follows:
– The design phase has been completed, with final construction plans and bid package items ready for advertisement
– Formal concurrence was received from the State Historic Preservation Office on September 21, 2017
– All non-obligated HGMP FEMA project funding has been reallocated to Hurricane Harvey relief efforts, with additional HGMP FEMA project funds recently approved, and anticipated to be awarded by the end of this year
– The original grant application included a total estimated project cost of $1,875,180, with a breakdown of $1,406,385 (75% federal share) and $468,795 (25% local match)
– The total estimated project cost is $2,182,890, based on current estimates, with a breakdown of $1,406,385 (64% federal share) and $776,505 (36% local match) – this doesn’t include escalation and other non-eligible HGMP FEMA project funding at this time, which explains why the local match has increased from its original amount
– The project is anticipated to be advertised for construction in January 2018

Based on the above milestone schedule, additional funding is needed to advance the project to construction.  We have confirmed with FEMA representatives that the total eligible HGMP FEMA project funding cannot be increased at this time. However, there may be a future cost savings from other eligible projects throughout the state that can be applied to the project at a later date.  Additionally, possible value engineering cost savings may be identified during the construction phase.  It should be duly noted that this project has been identified by FEMA as among the top three high-priority projects int he state, alongside two other projects in Sullivan’s Island and Aiken County. 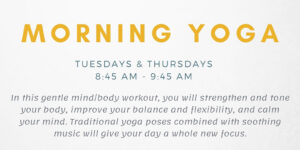