Repurposing a vacant grocery store on Beaufort Street as a new headquarters for the Aiken Department of Public Safety will save City taxpayers millions of dollars over time, according to figures released Monday.

A debt service comparison for a $9.5 million project at the former Food Lion instead of $16 million for an expansion once explored at the current site shows a savings of at least $11.7 million if the project is financed over 20 years. If the building were financed over 30 years, the projected savings increase to $15.5 million.

“Given that the $16 million issue would be a few years down the road, I’ve assumed that interest rates would be higher by 1 percent,” said Finance Director Kim Abney.

Aiken City Council gave final approval Monday to measure that authorizes the purchase of the abandoned Food Lion grocery store building at 834 Beaufort St. for the purpose of renovating it to house the Aiken Department of Public Safety.

City officials said the move to reuse the existing building, which doubles the space available for Public Safety from 22,000 square feet to 46,000 square feet, will save taxpayers millions of dollars over a plan formerly considered to expand the current facility on Laurens Street. The new facility is expected to open by late 2018. 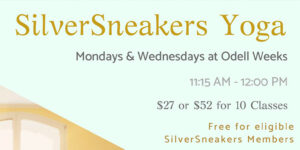