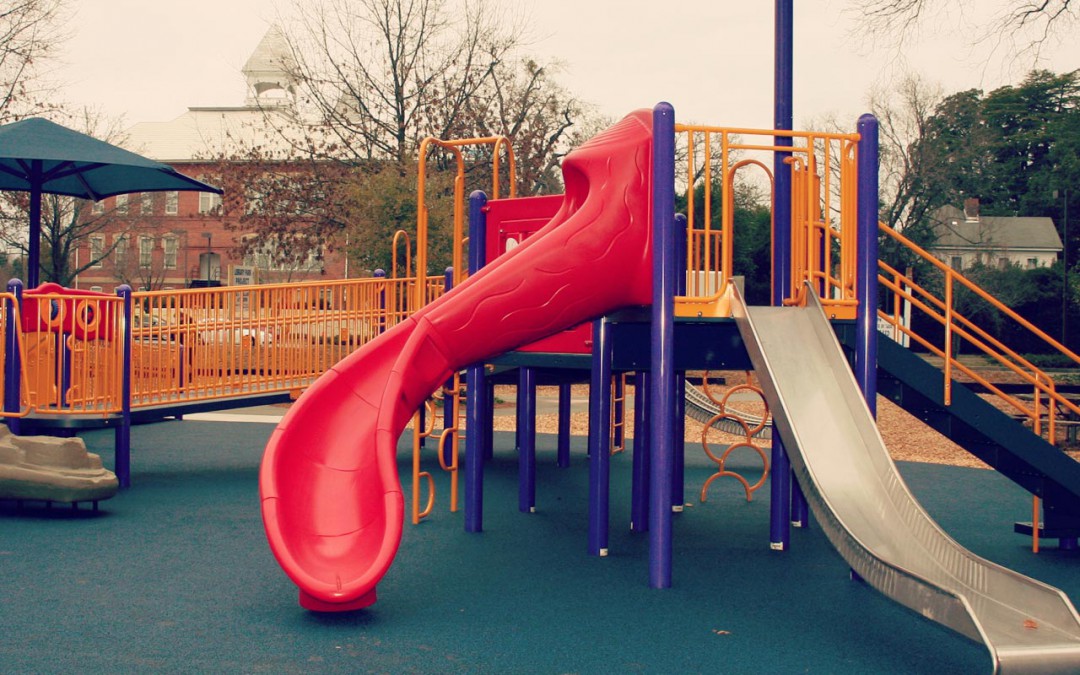 Construction of a new handicapped accessible playground, also called a “Boundless Playground,” began in mid-December on the grounds of the Aiken County Library on Chesterfield Street. The playground is designed to be accessible by physically disabled children and for children without disabilities. Several clubs in our area have financially supported this project, according to Aiken Department of Parks, Recreation and Tourism Director Glenn Parker. The bulk of the funding, $155,000 for the playground equipment, is Capital Projects Sales Tax money approved by the voters of Aiken County in 2010. Three local groups came together to make improvements within this City park, including a sidewalk from the parking lot to the playground. If there is money available after the playground and sidewalk are in place, Parker says he hopes to be able to replace the park’s gazebo and add some park benches. Leadership Aiken County 2010 raised $23,096.36 toward this project. The Moms Club of Aiken donated $1,368.87. The Aiken Junior Women’s Club donated $4,500 and Budget Sprinkler Systems made an in-kind donation of $5,000, for a total of $183,965.23. The park is located on land owned by Aiken County and is leased to the City of Aiken for a park and playground. Parker and Assistant County Administrator Brian Sanders worked out changes to the parking area. The previous playground equipment was auctioned off at GovDeals.com. Weather permitting, the new playground should be
ready for use soon after the first of the year.

Aiken PRT accomplished several other improvements in late fall and early winter of 2011. Delivery is expected soon for a mobile stage. Also paid with Capital Projects Sales Tax revenue, the new stage is expected to be very versatile and will be fully rigged with lights and sound.

Aiken PRT combined three projects at Citizens’ Park funded by Capital Projects Sales Tax cents: building a new parking lot with lighting next to the existing batting cages; a water park with a splashpad across the street from the new parking lot; and walking/biking trails. PRT is planning to make the splashpad available for rent for birthday parties and other private functions. The department is currently working with the S.C. Department of Health and Environmental Control on the design of the splashpad, an item that is very popular at several parks around the state.